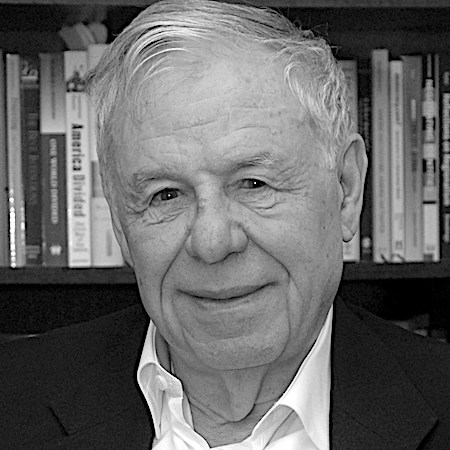 After receiving his Ph.D. in Sociology from the University of California, Berkeley in 1958, Amitai Etzioni served as a Professor of Sociology at Columbia University for 20 years; part of that time as the Chairman of the department. He was a guest scholar at the Brookings Institution in 1978 before serving as a Senior Advisor to the White House on domestic affairs from 1979-1980. In 1980, Etzioni was named the first University Professor at The George Washington University, where he is the Director of the Institute for Communitarian Policy Studies. From 1987-1989, he served as the Thomas Henry Carroll Ford Foundation Professor at the Harvard Business School.
Etzioni served as the president of the American Sociological Association in 1994-95, and in 1989-90 was the founding president of the international Society for the Advancement of Socio-Economics. In 1990, he founded the Communitarian Network, a not-for-profit, non-partisan organization dedicated to shoring up the moral, social and political foundations of society. He was the editor of The Responsive Community: Rights and Responsibilities, the organization’s quarterly journal, from 1991-2004. In 1991, the press began referring to Etzioni as the ‘guru’ of the communitarian movement.
Etzioni is the author of twenty-four books, including The Monochrome Society (Princeton: Princeton University Press, 2001), The Limits of Privacy (New York: Basic Books, 1999), The New Golden Rule (New York: Basic Books, 1996), which received the Simon Wiesenthal Center’s 1997 Tolerance Book Award, The Spirit of Community (New York: Crown Books, 1993), and The Moral Dimension: Toward a New Economics (New York: Free Press, 1988). His most recent books are My Brother’s Keeper: A Memoir and a Message (Lanham, MD: Rowman & Littlefield, 2003), From Empire to Community: A New Approach to International Relations (New York: Palgrave Macmillan, 2004), and Security First: For A Muscular, Moral Foreign Policy (Yale University Press, 2007).
Outside of academia, Etzioni’s voice is frequently heard in the media.
In 2001, Etzioni was named among the top 100 American intellectuals as measured by academic citations in Richard Posner’s book, Public Intellectuals: A Study of Decline.
Also in 2001, Etzioni was awarded the John P. McGovern Award in Behavioral Sciences as well as the Officer’s Cross of the Order of Merit of the Federal Republic of Germany. He was also the recipient of the Seventh James Wilbur Award for Extraordinary Contributions to the Appreciation and Advancement of Human Values by the Conference on Value Inquiry, as well as the Sociological Practice Association’s Outstanding Contribution Award.